Detailed information as well as requirements for submissions can be found here:
GSA_AWARD_Information_2017

The deadline for applications is 31 March 2017.
Please send applications with the keyword “Global Sepsis Awards” to:
office@world-sepsis-day.org

The mission of the Global Sepsis Alliance (GSA) is to provide opportunities for and be supportive of global interaction, such that the Global Community might address with equal commitment and vigor the needs of children and adults with sepsis in both the developed and developing world. It aims to provide the ability to speak with one united voice to offer consistent, easily understood messaging to governments, philanthropists and the public, and to easily identify and access resources and people of common purpose and intent within and without the scientific community with the goal of reducing the global burden of sepsis.

With the above mission in mind the GSA welcomes the increased academic interest in sepsis generated in response to the reports of the European Society of Intensive Care Medicine (ESICM) and the Society of Critical Care Medicine (SCCM) Task Force Third International Consensus Definitions for Sepsis and Septic Shock (Sepsis-3).1-3

You can read the full comment on the updated sepsis definitions by the Executive Board of the Global Sepsis Alliance here:  GSA Statement on Sepsis Definitions-1

The Global Sepsis Alliance (GSA) and its Awards Jury have decided about the winners of the 2016 Global Sepsis Awards. The awards will be presented to the winners in a ceremony in the context of international or national critical care meetings.

Our congratulations go to the following awardees in 2016:

The application process for the Global Sepsis Awards 2016 has been closed!

Due to the great number of excellent applications in 2015 in all categories, both from resource limited areas as well as from highly industrialized countries the Global Sepsis Alliance Executive committee decided to establish in Category 2 and 3 two prices: one for organization and individuals from resource poor or limited areas and one for highly industralized countries. Each awardee or awarded organization in Category 2 and 3 will receive an Award certificate and 2,500$ prize money. 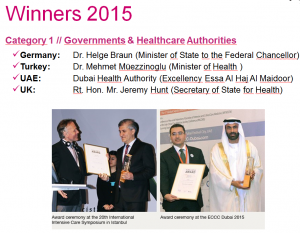 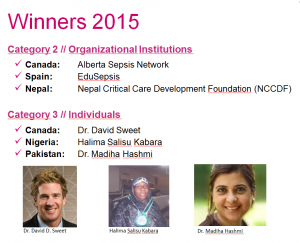 In case you need a donation receipt, don’t forget to include your full address.

Please Support Our Fight Against Sepsis and Donate!

It’s possible to start to purchase

As an example, if you are thinking about writing about Shakespeare, then you top online dissertation site need to put Shakespeare on your research paper issues.

essay computer software online because this is likely to make your life simpler.